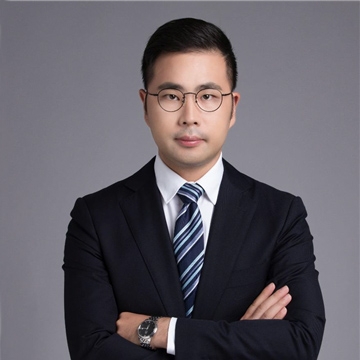 During his career, Lu’s focus has been on dealing with complex global disputes and various types of civil litigation. Thanks to more than 12 years of practical experience in the international trade industry, Lu is well versed in handling international trade disputes. In recent years, Lu has been dedicated to providing useful legal services for overseas small and medium-sized enterprises and individuals in disputes in China. In addition, Lu has also been committed to the research on criminal risk prevention and control of high-net-worth individuals such as corporate investors, founders, and executives. He served as their criminal defense lawyer and provided criminal compliance legal advisory services for their corresponding enterprises. Lu avoided his clients’ potential criminal liability for irregular business operation through structured design, protecting the enterprises from the legal risks after cases of asphyxiation due to criminal cases.

As the perennial legal consultant for Wuxi Cross-border E-commerce SMEs Chamber of Commerce, Lu has provided perennial legal advisory services on the import and export foreign trade business for nearly 100 of the Chamber’s members;

Lu was the defense lawyer for Mr. Che, the Chairman of Shanghai Guohong Real Estate Group Development Co., Ltd., who was suspected of illegally embezzling public deposits (the amount involved in the case was CNY 5.1 billion, and the unpaid amount was around CNY 1.4 billion). Lu carefully studied the case with the other attorney agents and was able to create a defense that combined actual case evidence with legal regulations, securing Mr. Che a lower sentence for voluntarily handing himself into the courts (under the condition that the police broke into Mr. Che’s house to arrest him and he passively accepted his court summons). Moreover, through careful scrutiny of the case and a well-presented defense, Lu was able to prevent the client’s accusation being changed to fund-raising fraud, protecting the defendant’s legal rights and interests to the greatest extent;

Lu served as the defense lawyer for a Mr. Ji, the General Manager of Shanghai Jinzuo Asset Management Co., Ltd., in his trial for suspected illegal embezzlement of public deposits. Despite unfavorable circumstances, wherein the prosecutor had proposed a sentence of 5-6 years, through careful scrutiny of the case, Lu boldly proposed considerable evidence to the court in favor of Mr. Ji. Through fierce court debates and rigorous written defense opinions, the judge sentenced Mr. Ji with 3 years and 3 months, a far lower sentence than the prosecutor’s proposal.  Lu effectively safeguarded the legitimate rights and interests of the defendant Mr. Ji and received heartfelt thanks from the defendant himself and his family members;

Lu acted as the defense lawyer for the CEO of a private enterprise suspected of obstructing public administration. Lu was able to obtain a document of criminal understanding issued by the police involved in the case, and through his professional legal defense to the prosecutors, prompted the case to be considered too minor to prosecute.